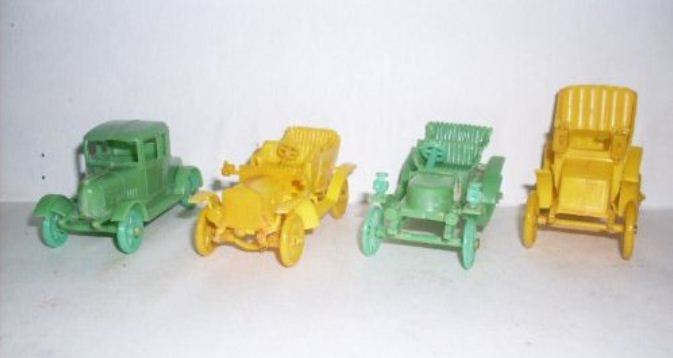 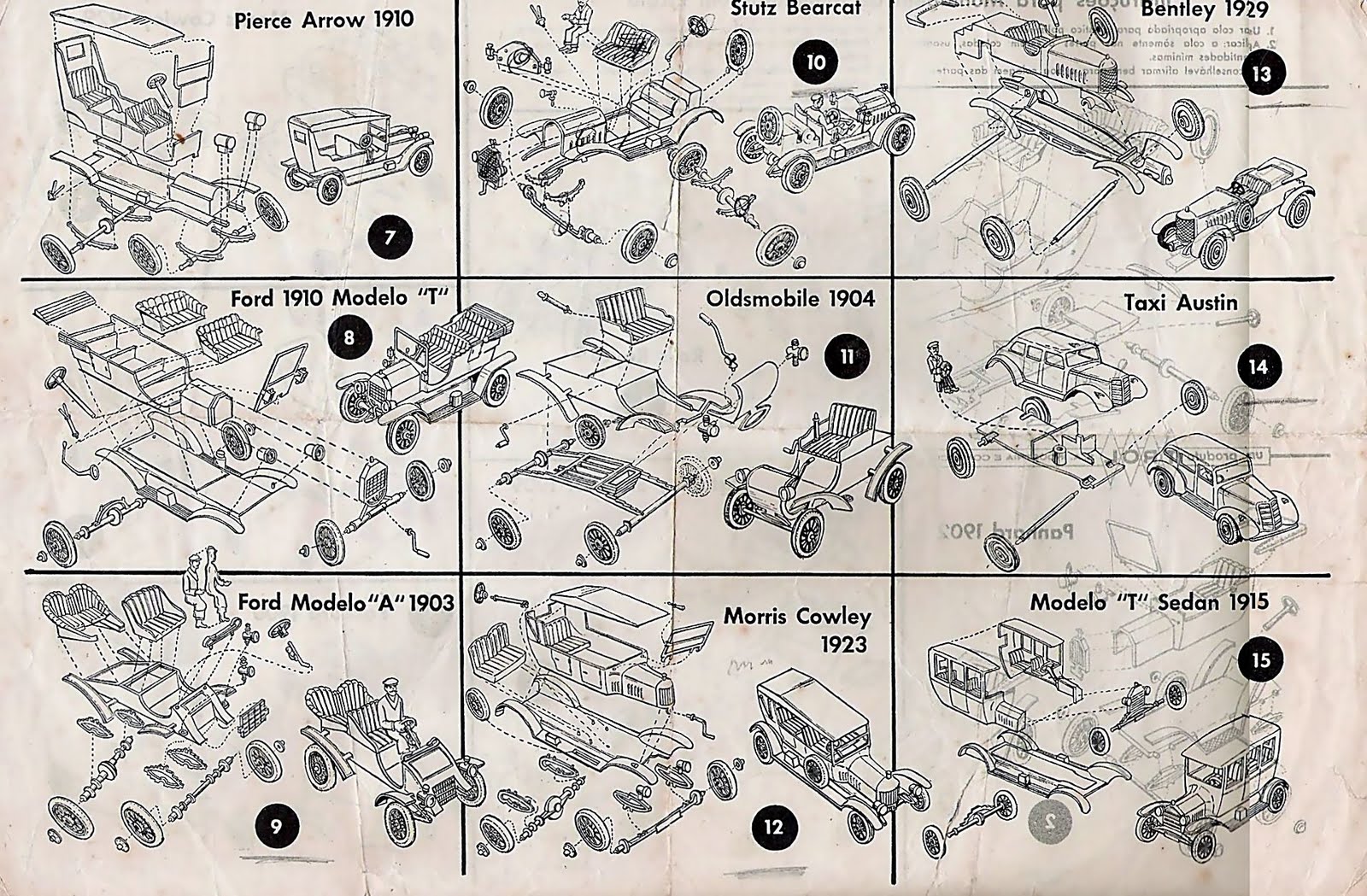 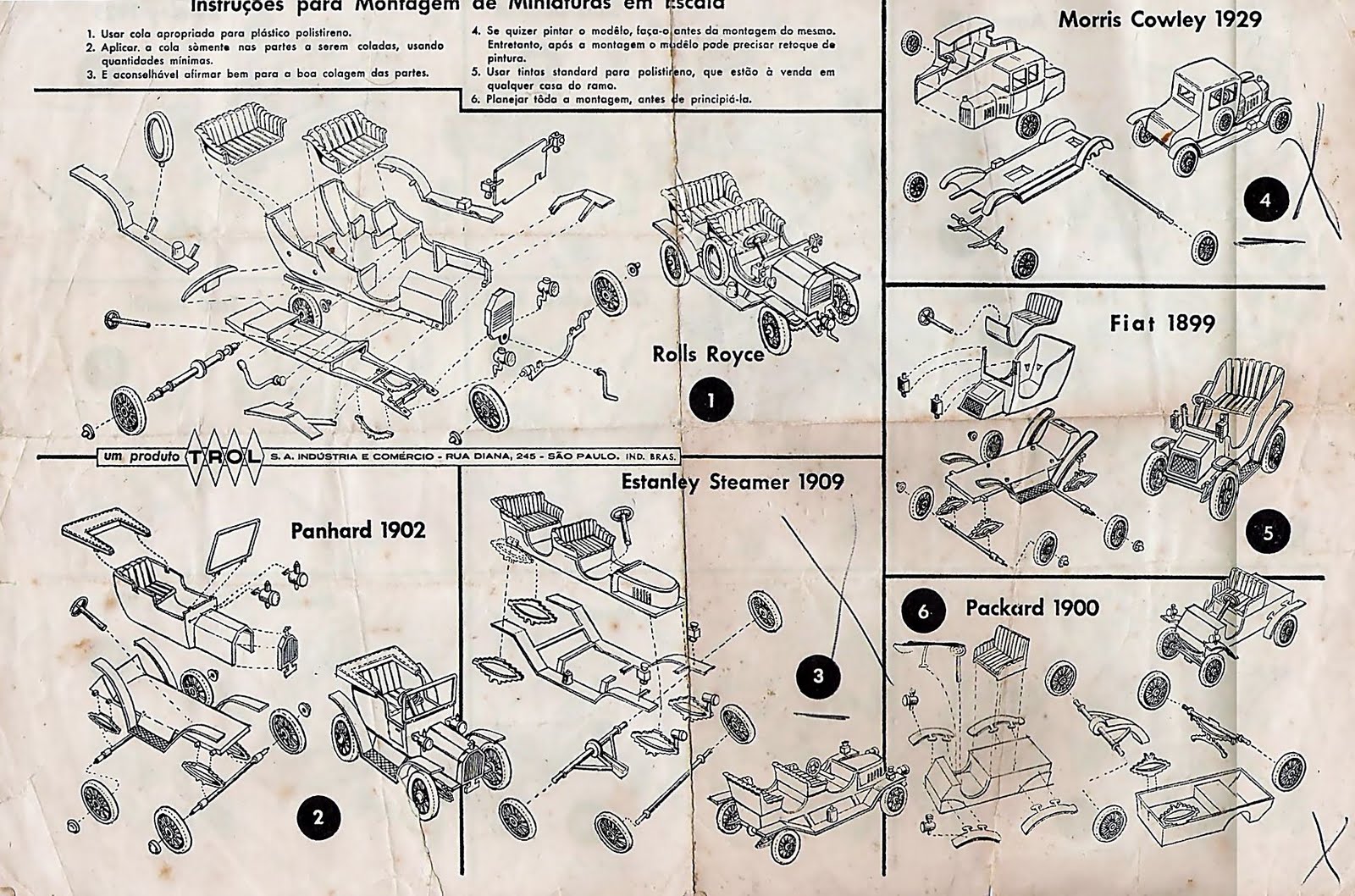 About 1950, Revell reproduced Maxwell and Ford Model T assembled toys originally designed by the Gowland Brothers in England, a company producing toys since 1932.

A couple of years later, these toys were scaled down and modeled as four to five inch "Highway Pioneers Quick Construction" kits — some without the rather cartoonish figures and none having mechanical toy action. These met with great success — the Maxwell in particular was made famous by Jack Benny's radio show and around 1953. The original larger action toys were discontinued and Revell focused on the newer kits, with the Gowland hot air balloon logo still shown on the green, yellow or orange boxes.

Box information shows models were offered in at least four series, not including the Maxwell (HO Scale Model 2008).

Revell also offered a "Collector's Kit" with ten individually wrapped kits of the Highway Pioneer models in one box.

Models in the "Highway Pioneers" series were commonly retooled and offered by a number of other companies like Premier, Lincoln International, J & L Randall Ltd ("Merit" brand), Lodela (licensed in Mexico) and Minicraft. Eventually the original Highway Pioneers tools were acquired by British model train manufacturer Dapol Ltd. The models are currently out of production and reportedly located in Wales, headquarters of Dapol, along with redundant tools from Airfix, Kitmaster and Tri-ang Model Land. Some of these copies and knock-offs appeared very early on. For example, the 1911 Maxwell offered by Hudson Miniatures of Scranton, Pennsylvania, appeared in 1952 under the "Lil' Old Timers" name. The Hudson Miniatures kits usually were manufactured with a small brochure giving historical facts on each vehicle. One preserved example sold around 1953 in Strouss-Hirshbergs for 69 cents; the box advertised the model as a "Quickie-Kit".