5 reasons why model kits are inaccurate

The newest release from Trumpihawk Boss just arrived at your doorstep and you’re excited to build it. But wait! The rivet counters on your favorite forum are lambasting the kit for its many inaccuracies. The nose is misshaped, the intakes are too high, the canopy shape resembles that of the prototype not the production variant, there are panel lines that shouldn’t be there. “It’s a caricature of the actual aircraft,” says one observer with an annoying affinity for hyperbole. 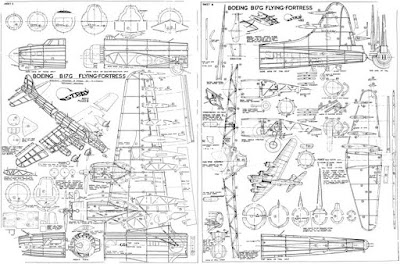 Whether you’ve learned to love rivet counters or not, you stare at the model wondering how the designers could make such obvious mistakes.

We'll I can tell you. In fact I'll give you five reasons.

The designers may have used inaccurate plans. The manufacturers don’t always have access to the plans and schematics from the original manufacturer, so they use what they can find. For many of the aircraft, armor, ships, and cars we build there are two, three, or more sets of plans floating around out there in books, magazines, or online. The designers choose one, believing (or hoping) they’re correct. Clearly, when they’re not, mistakes in the plans are reflected in the model.

The designers may have studied an inaccurate prototype. This is what happened with Eduard’s initial release of their 1/48 Bf-109G. If you followed the endless chatter online last year you may recall the model featured a bump on the wing root, which the designer dutifully included based on their analysis of a Bf-109G in a museum. It turned out that the bump was a a post-war modification. How were the designers to know that? In Eduard’s case, they didn’t find out until the kit was in our hands and modelers more knowledgable about the 109 pointed out the error. (To their credit, Eduard corrected this, and other mistakes, by re-tooling the molds and releasing a new kit.)

From the conversations I’ve had with insiders familiar with the model design process, the designers employed by the manufacturers are often design generalists. They’re not necessarily aviation or military enthusiasts like you and me. They might be designing parts for a refrigerator on Monday and designing the canopy of the upcoming Su-35 on Tuesday. They’re not familiar with the subtleties of your favorite subjects. It’s not surprising that they don’t “see” that gentle shape of the rear fuselage of the F-4 Phantom or notice the different angle of a Sherman glacis plate between the early and late variants.

When a subject matter expert is involved in a project (and we’ve recently seen a number of kits that are reviewed by modelers during the design process), there can be communication challenges. With many kits being designed in Asia or Europe there’s no guarantee the designers will be fluent in English, so when the expert sees an error in an early design image, communicating the nuance of the recommended change can be a challenge. For example, I have a basic understanding of Spanish; I know common words and phrases (and can certainly look up words I don’t know), but I’d be hard-pressed to assemble a clear, coherent explanation in Spanish of why the nose of the Trumpeter 1/72 Su-34 is wrong. And a Spanish designer might have a hard timely clearly understanding precise instructions I give him.

And I should point out that even when a third-party expert is consulted it doesn’t mean that the manufacturer will follow their guidance or that the expert is provided anything other than the CAD images.

I don’t have any evidence to back up this theory, so I’d be eager to hear from anyone who can set me straight, but I have a feeling there’s no quality assurance check of the basic design of a new model prior to its going to production. The manufacturers hire designers, whether full-time or freelance, and give them the responsibility to design a model. But who checks their designs? I suspect it’s a product manager, but who’s to say that he's familiar enough with the subject to determine whether the designs are correct or not? He could look over the CAD drawings and declare, “Well, it looks like the photos of the Fruitbat Mk IIc that I’ve seen,” but would he notice that the exhausts are incorrect or the wheel hubs feature five bolt heads rather than six? Probably not. So the manufacturers release kits based on the best efforts of their designers.

Finally, this leads me to the most likely reason your favorite model is inaccurate, the Dunning-Kruger effect. This concept suggests that we mistakenly consider ourselves to be more intelligent or to possess higher skills than we actually have. The guy who designed that inaccurate kit you bought thought it was accurate. He did the very best he could given his experience, skill, and resources available. But it turns out he wasn’t quite good enough to get everything right.

The Dunning-Kruger effect explains why you feel slighted when your model doesn't win at a contest...even though the wings weren’t aligned or you missed a seam on the stabilizer. Or why a chef at a restaurant featured on Kitchen Nightmares believes he's serving amazing food even though the restaurant is on the verge of bankruptcy because no one eats there. If Tamiya is producing the most accurate kits in the hobby, it's due in large part to their hiring the best talent.

You can read more about the Dunning-Kruger effect on Wikipedia.

Being aware of these factors should give you a clear understanding of just how difficult it is to produce a perfectly accurate kit.

1. Ideally the designers work from the manufacturer’s plans, and…

2. They have to have access to an accurately restored prototype, and…

3. They consult with subject matter experts with whom they can clearly communicate, and…

4. There’s someone in the company who’s familiar with the aircraft or vehicle prototype to double-check the designers’ work, and…

5. The designers are the very best in the industry and — ideally — aviation, military, naval, or automotive enthusiasts themselves.

"In my experience most modelers are good guys who enjoy building models for relaxation..."

"Let's face it; the "experts" in the scale modeling hobby are not paid historians. They're not professional engineers." PS: having just exchanged a mail with Pascal Danjou he told me he believes too it is just an electric plug ... but he also don't know exactly what for.
Adding a light in a definite context might indeed be an hypothesis but it could also have been used to provide power to something. For me the question remains open. We will probably learn one day for sure 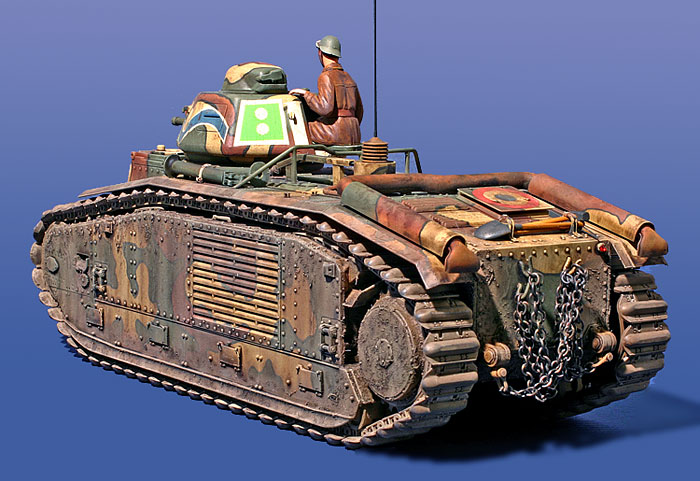