Tamiya has some exciting news indeed for fans of aircraft models! The latest product in the popular 1/48 scale Aircraft Series is scheduled for release this Autumn, and will be announced at two events here in Japan from July 25. What's more, visitors to those events will be able to purchase a special preview version of the kit in a white box, containing prototype parts and materials. We are also hoping to be able to share the model with U.S. modelers at the 2019 IPMS USA Nationals in Tennessee from August 7! See below for some sneak preview pictures - that's all we have for you... for now!

Here are some photo clues to this ALL-NEW and exciting kit! Tamiya Proudly Presents: The Lockheed® P-38®F/G Lightning® in 1/48 scale! It is without question that the P-38 is a unique fighter from World War II and it’s been one of our most requested subjects to be made. Thanks to our extensive research and ever-evolving mold making techniques, Tamiya’s designers have gone to great lengths to achieve the best fitting and most accurate P-38 Lightning F/G model assembly kit to date. We are sure this kit will adorn modelers collections and be the topic of discussion in the various model contests across the globe for the foreseeable future!

ABOUT the Lockheed P-38 Lightning!
This WWII fighter was a daring design with twin booms and a piston engine in each, plus a central nacelle which housed the cockpit and armament (machine guns and cannon in the nose). Introduced in June 1941, the aircraft went on to be used extensively in the Pacific through WWII. The F variant was manufactured from April 1942 onward, and featured pylons for 150-gallon drop tanks to make it capable of longer bombing missions. Later P-38Gs had more powerful engines and could carry bigger 300-gallon drop tanks. The P-38 was used for interception, dive bombing, level bombing, ground attack, night fighting, photo reconnaissance, radar and visual pathfinding for bombers and evacuation missions, and extensively as a long-range escort fighter when equipped with drop tanks under its wings.

• 1/48 scale plastic model assembly kit. Fuselage length: 240mm, wingspan: 330mm.
• P-38F and P-38G variants can be built.
• The model creates a parked aircraft when assembled and complete.
• Features accurate depictions of early P-38 features such as slimline engine cowlings, intercoolers in leading edges, plus the curved canopy front.
• Weights are included in the kit to ensure correct balance of the model when displayed.
• The canopy can be assembled open or closed. When closed, it is a 1-part slide-molded piece with dedicated F and G variant parts. The hatch is shown open sideways on the P-38F, and vertically on the P-38G.
• A detailed cockpit features the wheel-type controls, radio, throttle box and more.
• Comes with parts to recreate two each of 150- and 300-gallon drop tanks.
• Includes two marking options: “White 147” P-38G which took part in the interception of Admiral Isoroku Yamamoto in April 1943 and “White 33” P-38F.
• Mirror stickers are included to recreate cockpit mirror and engine cowling interior surface sections.
• Comes with canopy masking stickers and a full-color painting guide. 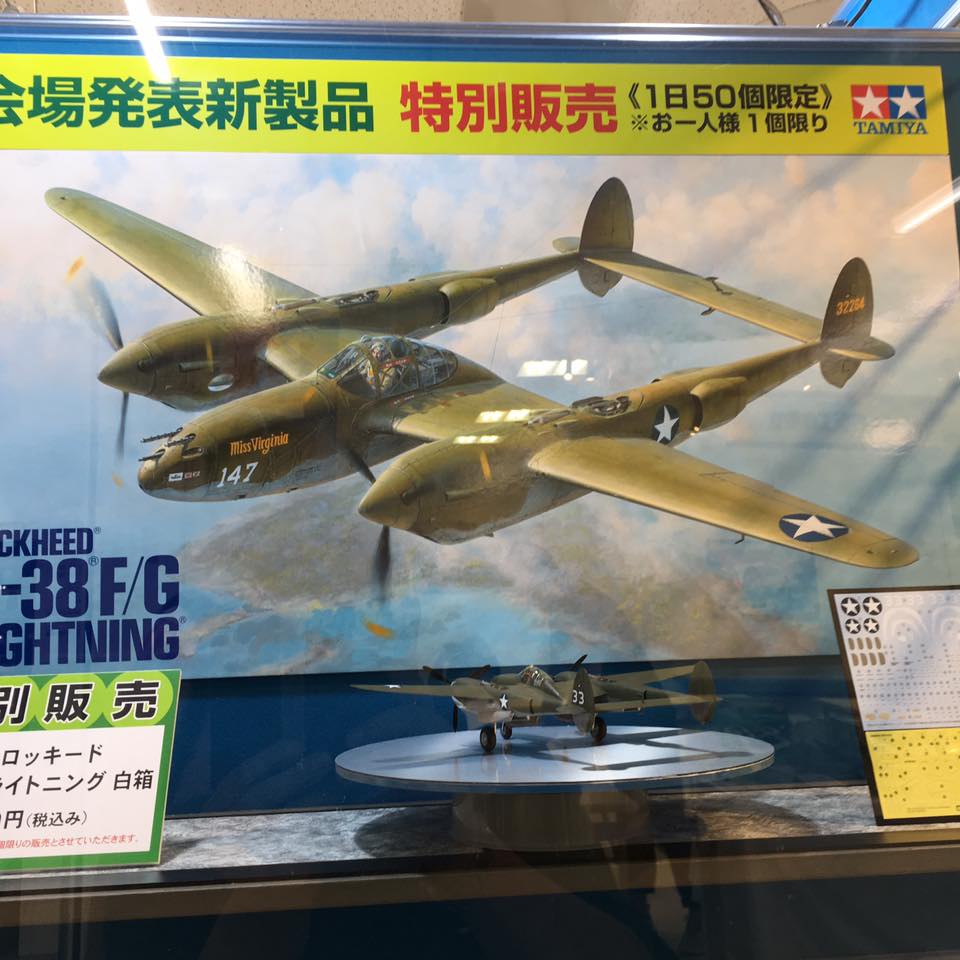 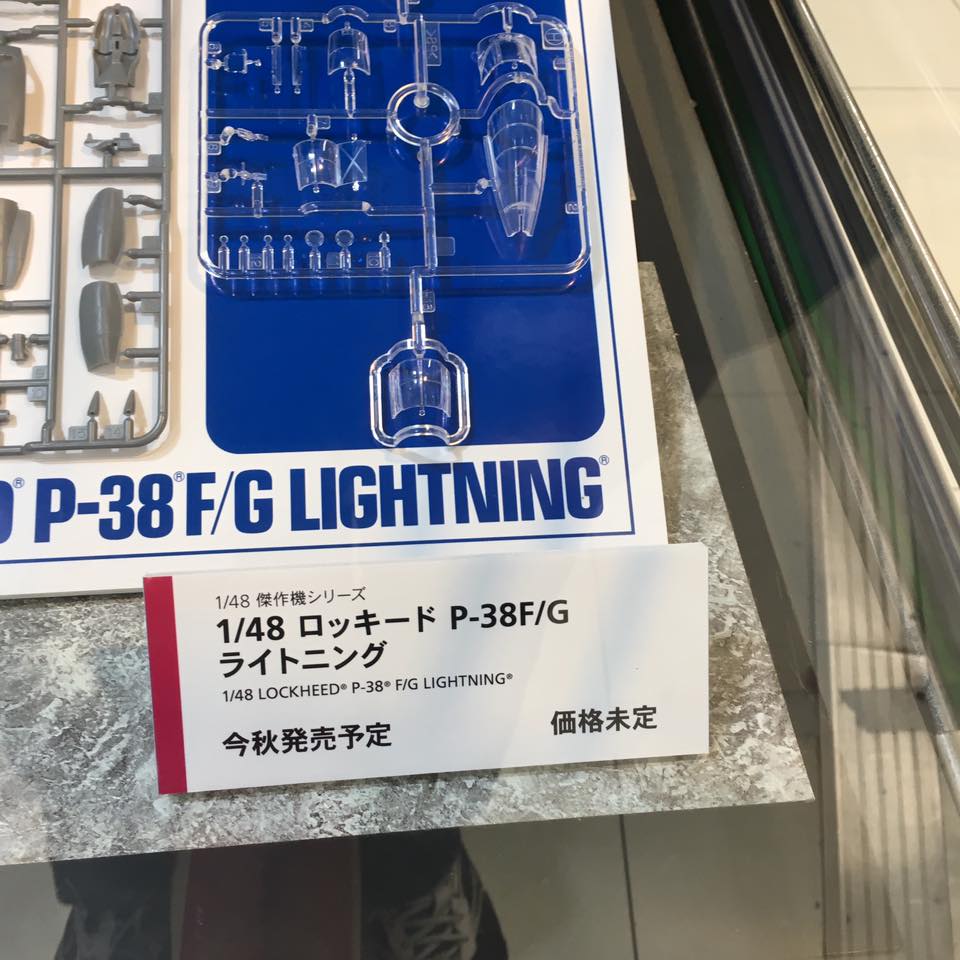 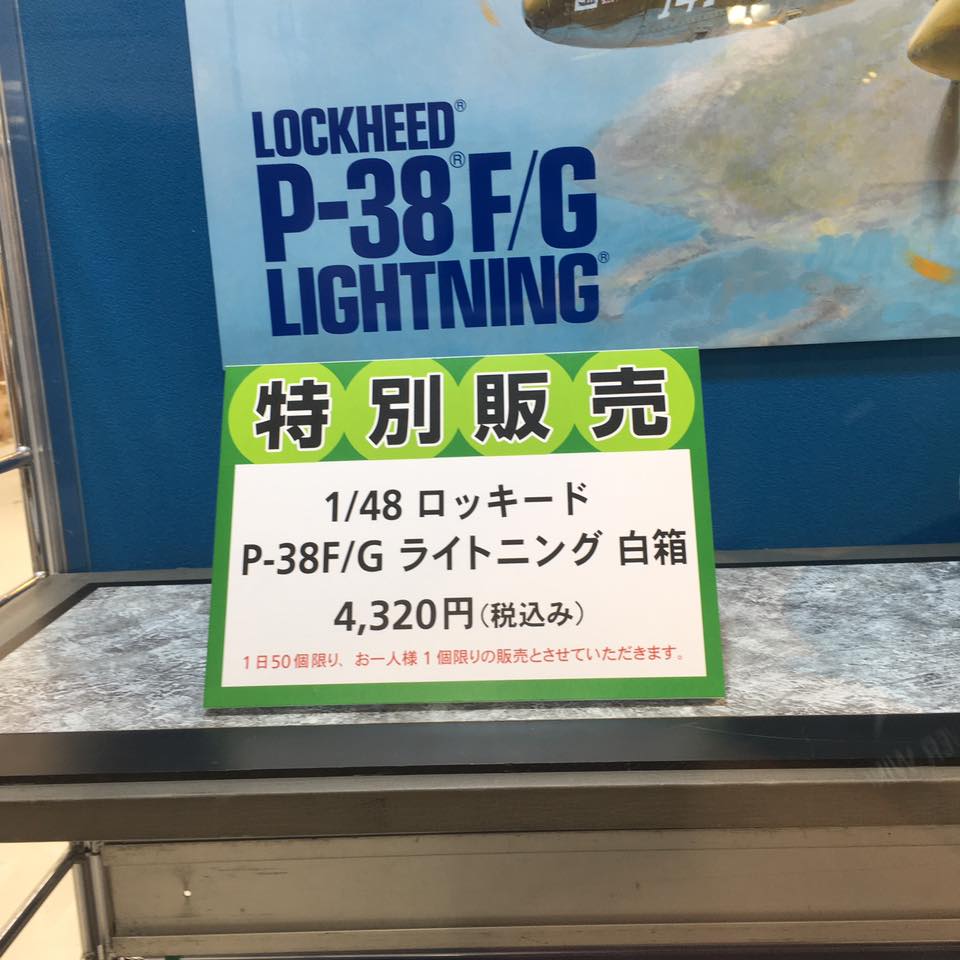 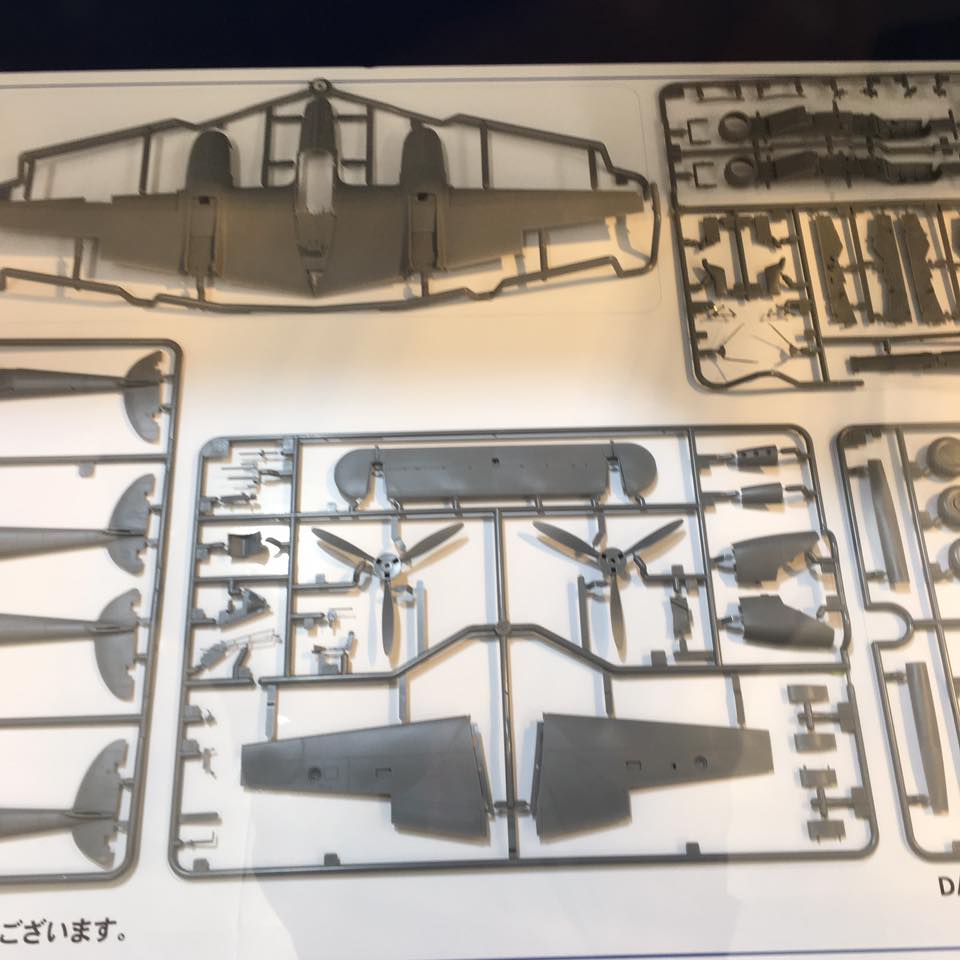 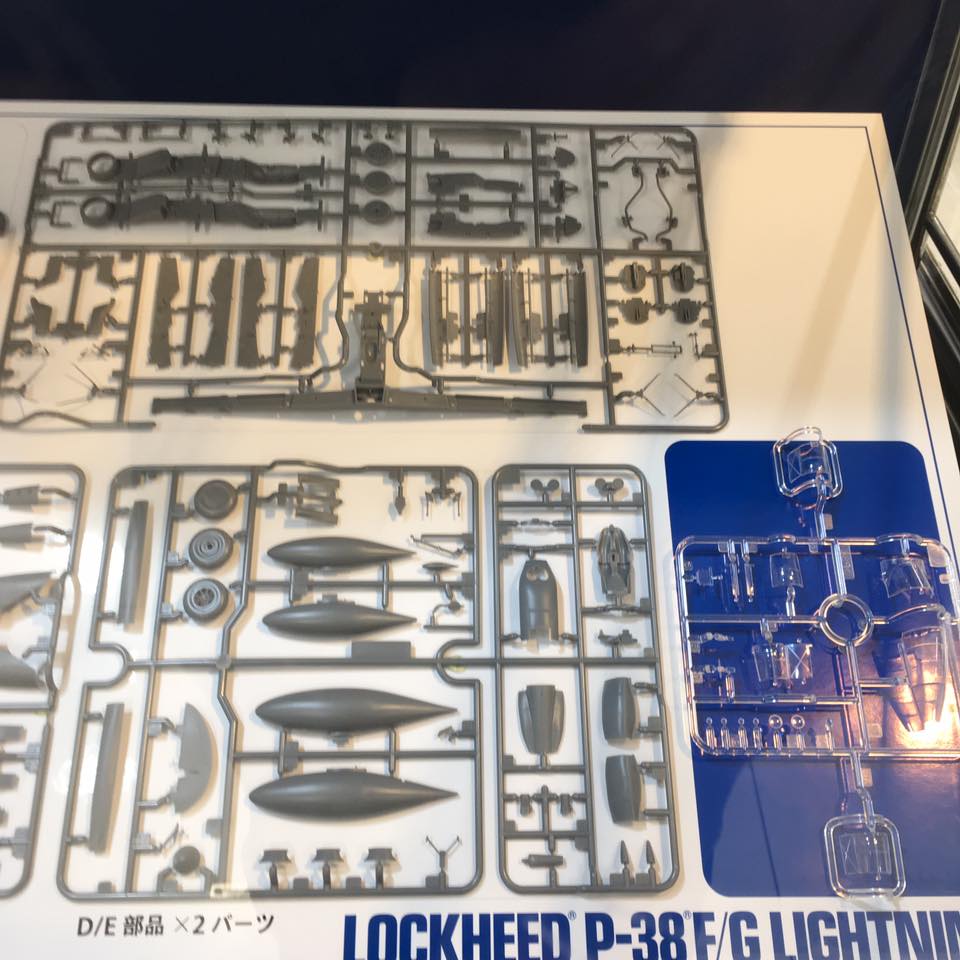 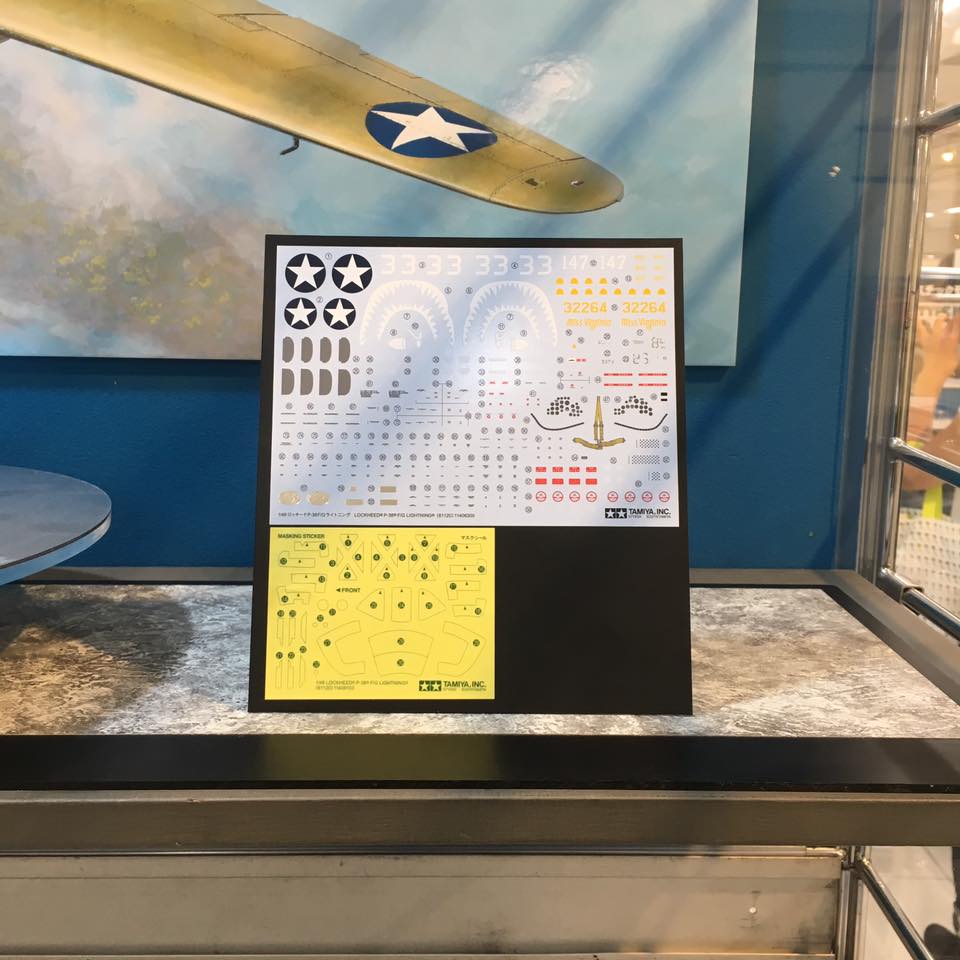 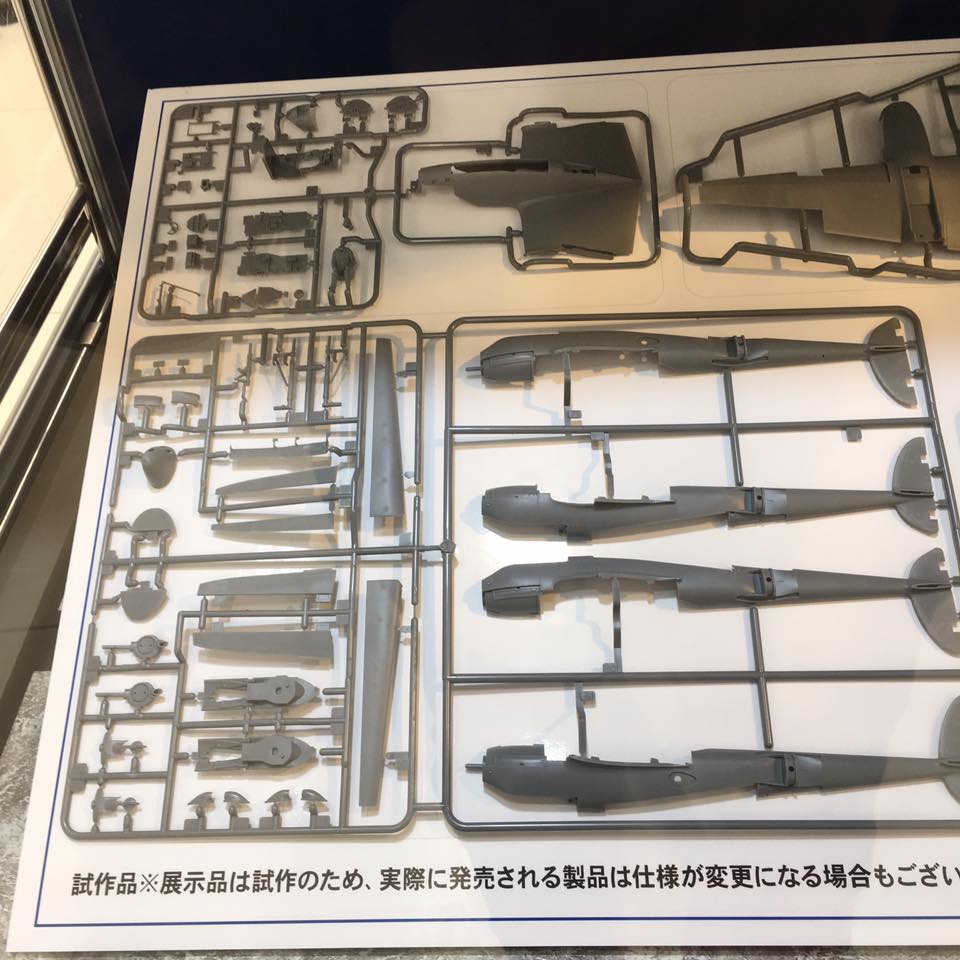 Mudança no photoetched
3 hours ago